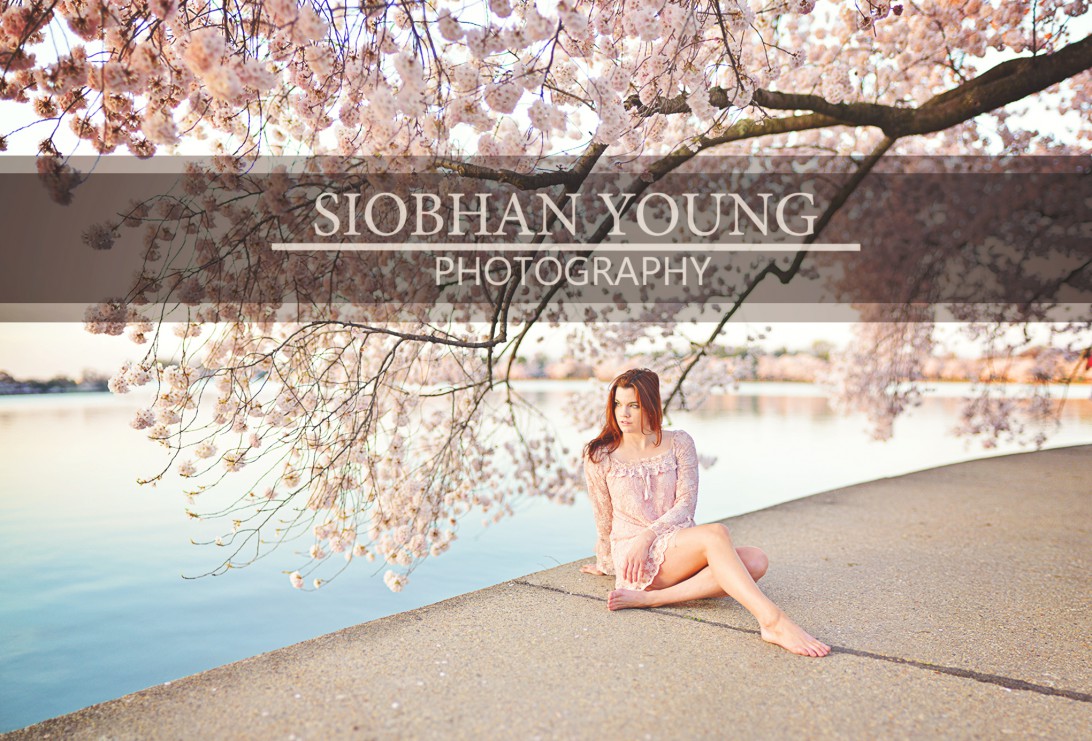 On Saturday, I woke up at 5:30 in the morning and begrudgingly heated some water for the french press. I bundled up in my robe and thought of the day ahead of me. Was I excited to watch a bunch of people jumping in the freezing cold water of the Rappahannock River for a good cause. YES. I was. But after 2 hours of not so great rest all I could think about were problems and whine to myself. I am cold. I am tired. I am upset that my flash is away at Nikon for repairs. Ugg, battling the midday sun at a live event. I watched the sun rise as I drove down to meet the Five 40 Roller girls for breakfast before heading over to the city docks in Downtown Fredericksburg for the event. They have members that are in the military and were jumping as a group in their uniforms. Nothing says team building like jumping in freezing waters dressed in fishnets!

At about 8:30am people started flooding in to do their registration for 9 o’clock. Which is what time I had thought it started. So I sat on the windy dock and begun to complain silently to myself again. I forgot my hat and gloves and am getting icy winds whipped at me. I should have brought a blanket. It doesn’t start for a couple hours, but I don’t want to lose this spot to the crowd. Why did I have so much coffee? Ugg. I wrapped my scarf around my ears and sat curled up on the dock in a tight ball, occasionally flipping around to face the sun and warm up until the next gust of wind came.

I began to see the event unfold. People arrived, barely clothed, decked out in bathing suits and costumes. Besides their registration numbers they were all wearing one similar thing – a grin from ear to ear. I saw people hugging, squeezing shoulders, laughing. Jokes being thrown around about the temperatures, but never a complaint. Never. A. Complaint. These are people that either have family, or themselves risking their life to diffuse bombs. THAT’S KIND OF A BIG DEAL. These are people that have been wounded, making the world a safer place. Goose bumps formed on their skin as they shivered in a line up waiting to take an icy plunge into the river.

As I watched and photographed, I no longer felt the overwhelming urge to complain. In fact I felt silly having even had those minor, mediocre thoughts. These were warriors. True warriors. Not because they were diving into cold waters, but because of what they had chosen to do with their lives. Sacrifice. Protection. Love.

The plunge was finally underway to start. Tears were wiped away after a prayer and a beautiful rendition of the national anthem was sung. I watched as brethren helped their wounded friends in and out of the freezing waters. I couldn’t help but laugh at some of the facial reactions of people as they made their way out to the Fredericksburg Fire Department Rescue boat and back. Some people went waist deep and then turned around with a loud “NOPE!” and quickly ran back to the shore. Waves of people waited at the shore in colourful, fun costumes… holding each others arms and squealing when it was just about their turn to take the dive.

It’s not secret that with my theatre and photography background that I absolutely adore any chance to dress up in costume. There were superhero’s and pro wrestlers. Two girls dressed as cars stuck in I-95 traffic with witty bumper stickers and personalized plates (NOVA people, you know what I’m talking about). Another two dressed as human loofa scrubbers. There were men with chaps cut out of their wetsuit, and Borat-type bathing suits. Some wore their BDU’s while others wore hardly anything at all. In the end they all wore a grimace as chilly winds greeting them when they emerged from 36 degree waters, and pride from raising money for an amazing cause.

Please check out http://woundedeodwarrior.org/ for more information or to donate!

To see my full gallery of photos from the event please visit my Facebook page https://www.facebook.com/SiobhanYoungPhotography 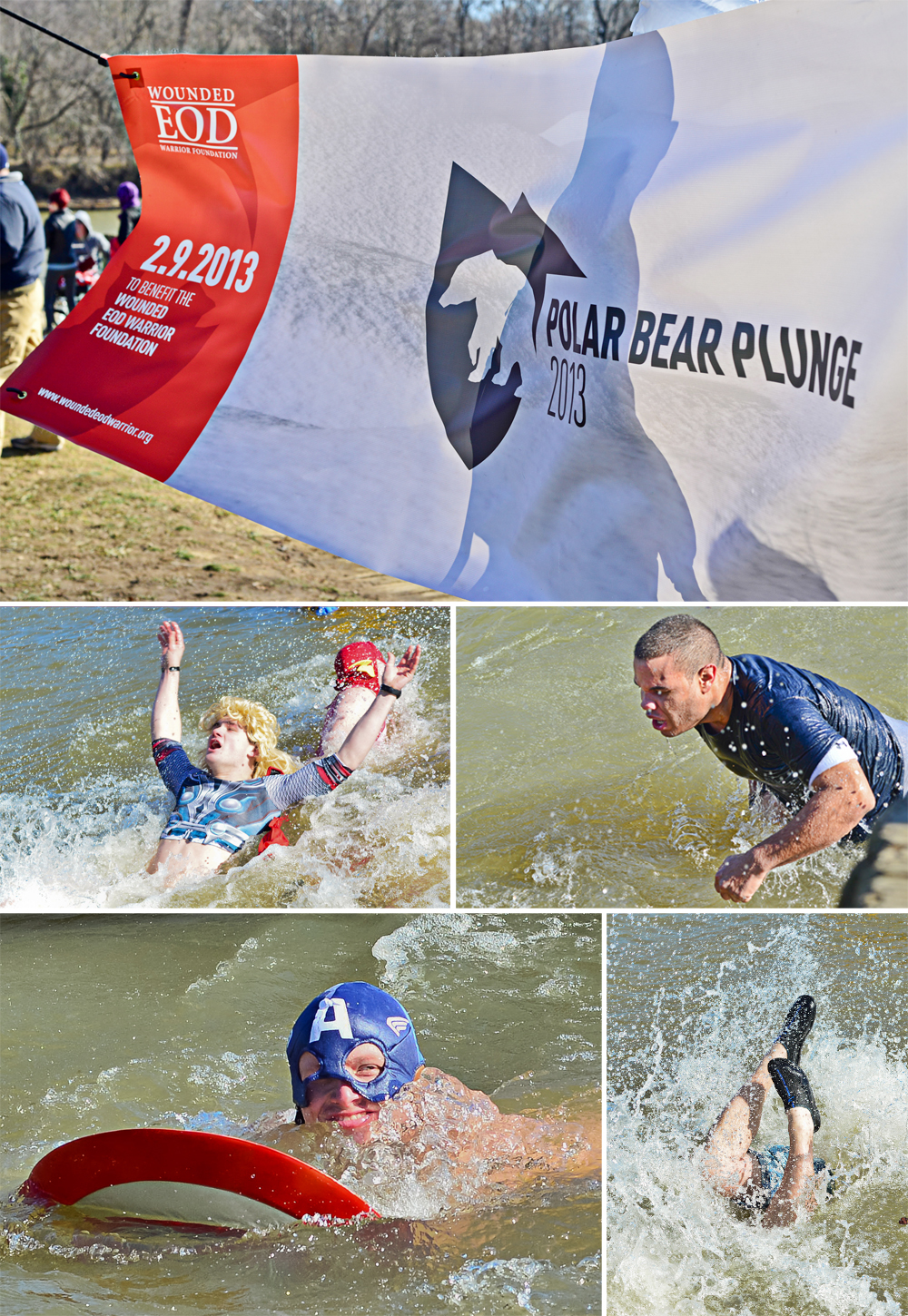 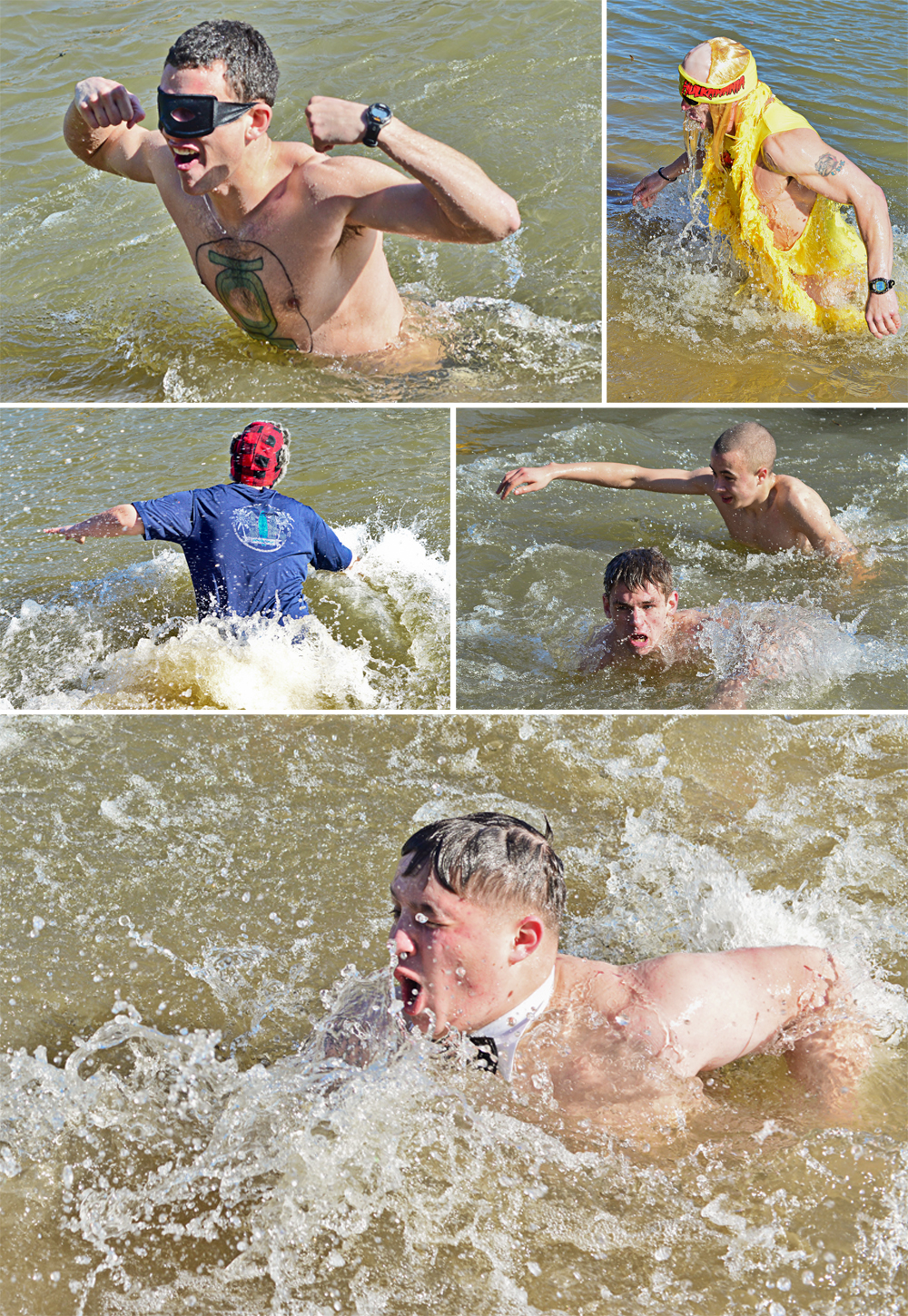 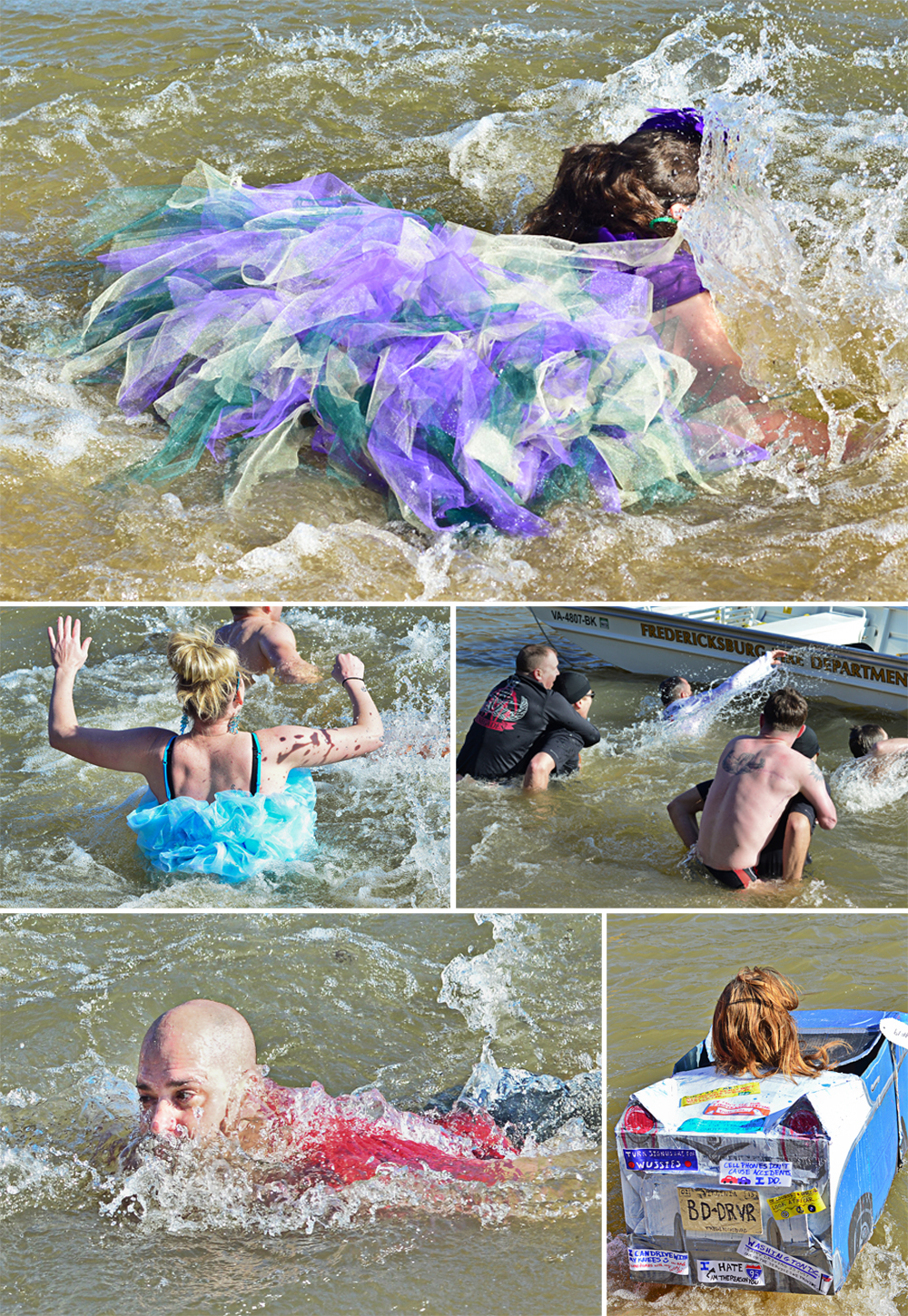